Tonight I am keeping company with an exceedingly geriatric and wheezy pair of dogs, as the writing career continues to stutter and stall.

There’s a magazine to which I used to contribute on a pretty regular basis.  I believe it still ranks as the highest-circulation horse magazine in the United States.  It’s aimed at amateur horse owners and beginner riders, so the content is generally pretty basic, but the production values are high and the pay, okay (as in, I haven’t been offered a raise in about 10 years but its rates are pretty much par for the course for ‘nag mags’).

One thing I always found irksome, however, was their Pay on Publication policy.  Not that this is a rare thing in my little lagoon (though apparently outside of niche markets, it is the exception rather than the rule and makes mainstream magazine writers scrunch up their faces at me in various versions of being appalled).  But given that their editorial calendar is decided a year in advance, and the gap between my deadline and the magazine landing on newsstands can be four to six months, with payment 30 to 60 days after THAT … well, that was getting a little old for me, so a few years ago I reduced my commitment to them to one or two articles a year.  Cuz, to my intense bewilderment and frustration, I still have not been able to get Rogers to put my cel phone bill on hold for half a year at a time …

This year, I had only a single assignment lined up for them.  I proposed the topic back in May of 2011.  They assigned it to me in June of that year.  They wanted the article at the end of August.  In 2012.  For publication in December.

Seriously.  I have magazines who expect a 48 hour turnaround on six-interview, 3000 word magnum opera, and then I have this.

I neglected to enter it on my phone’s daytimer (actually I’m not sure I could, it was that far ahead) and thus it completely dropped off my radar.

Luckily, I did at least put it in my mostly-useless Outlook reminder thingy.  Can’t imagine why; I never do that.  So a week before the deadline, my computer made a disconcerting chimey noise it almost never makes, and I was alerted to the imminent requirement to toss together yet another witty, insightful, gripping, yet approachable essay on how to dote on your senior horse (who may or may not be as wheezy and infirm as the canines with whom I am currently cohabitating).

Disaster averted.  And yet, another loomed on the horizon.  While I had been compliantly lining up interviews and compiling background info, rumblings began.  Rumblings from fellow contributors to this same magazine.  Most of whom contributed more frequently than I do, and thus had their ears to the train tracks, or something.

Hey, doesn’t really matter whether it’s a storm or an oncoming train you’re hearing.  Either way, not exactly inspiring news.

Turns out my fellow contributors have not been getting paid.  Not even on the usual ‘four-to-six-months after you send in the completed article’ schedule.  Just, you know, not.

Turns out, the parent company of this magazine has put itself … well, how can I put this delicately.  Up shit creek without a paddle? 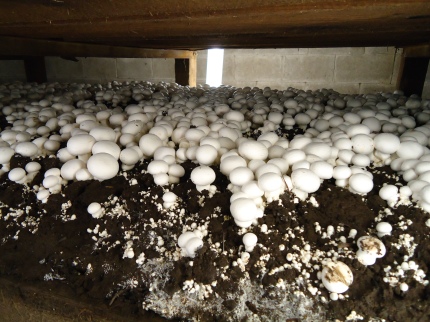 Said parent company owns a whole (if you’ll pardon the expression) stable of magazines, in addition to a book publishing division.  If it trots, crawls, slithers, flutters, undulates, swims, or sheds, they probably have a magazine about it.  Or did.  Cuz some of these titles are starting to disappear.  It’s kind of a weird parallel universe extinction thing.

Meanwhile editors are promising the non-payment thing is all just a temporary glitch. Don’t worry, be happy.  Keep writing for us, you promised you would, we’ve got a magazine to put out.  And we were gonna pay you last week, honest we were, but it was a payroll week and you should be just so very, very glad and relieved that all the editors here are still able to make their car payments.  Hang in there.

It’s hard, sometimes, to remind yourself that the editors are not the Snidely Whiplashes in this scenario.  They have undoubtedly been given directions from On High, as to what they can and cannot disclose to their freelance contributors.  Heavy on the cannot.  And as tiny shreds of info do come to us, it has begun to look

more and more as if the editors are currently existing, against their will, on a mushroom farm.  There is definitely fungus among us, as they say.

Especially spore-rific was the announcement early this week that one of the parent company’s other horse-related titles had declared bankruptcy and locked its doors.  All staff caught completely by surprise and unable to retrieve their favourite coffee mugs.   Picture puff-ball mushroom being stomped by shod Thoroughbred hoof.  Ouch.

So my dilemma is this:  do I bust my chops to fulfill my obligation to this magazine?  Factors in favour:  loyalty, tendency to want to meet my commitments, possibility that all this will sort itself out and that there will be more business for me down the road and a gold star on my forehead for having kept the faith.

Factors against:  It’s looking pretty fucking likely that I will never see any money for this article.

I’m grateful that I am not quite as screwed here as some of my colleagues, who are owed four- and five-digit amounts at present.  I’m grateful I’ve been so determined not to put all the proverbial eggs in one basket that I’m only fringe-angsting over this.  But at a time

when more and more titles seem to be dissolving, evaporating, or imploding, it’s scary.  Between this, and the markets which still exist but for which I will no longer write because they’ve been total asshats to me, I find myself now babysitting pleasant but neolithic dogs in order to not-quite survive.

More on other weird and occasionally degrading odd jobs in a future rant.