Archive for the tag “runaway train”

Out of the Mouths of Babes 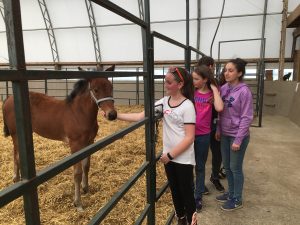 A couple of months ago, I was tapped to be one of the judges in something called the Youth Literary Derby — a writing contest for kids, meant to encourage their interest in Standardbreds and harness racing.  Yes, I can be flattered.  It’s nice when someone remembers that I write, and edit, and have some peripheral connection to the sport.  I sent back my three top picks, on the poetry and prose sides, this morning, and it was quite possibly one of the hardest bloody things I’ve ever done, editorially speaking.

Reading the submissions, from kids in grades five through eight, I tried to imagine the classroom set-up for this.  Some of the entries were photocopies of handwritten efforts, and I gather at least a few of these were from schools catering to Mennonite kids who will have had some actual contact with horses.  Most, however, would have had no prior experience with horses or racing at all.  Several Ontario Standardbred farms hosted Open Houses for the kids in May, and that experience showed in the essays of the kids who were lucky enough to go.

Others, I think, were just asked to watch the video above, and then wing it — and the results ranged from touching, to a little bit scary, to hilarious.  Many didn’t quite get the difference between Thoroughbred racing and harness racing, and spent a lot of time describing jockeys.  There were a lot of immaculate conceptions, too, with owners suddenly discovering their beloved horse was giving birth right now, apparently with no previous, um, intervention.  And sometimes it seemed like the kids just took whatever plotline had most recently stuck in their heads from a cartoon, and inserted Standardbreds as the characters.  On more than one story, I attached a post-it note to myself which said, “Is this about horses?” 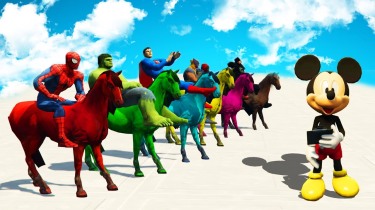 I’m not sure of the legalities of a) outing myself as one of the judges or b) sharing the submissions (which were rendered anonymous before I received them), but I can’t resist at least giving you a few excerpts from some of the ones that most tickled me.   For the actual winners, you’ll have to wait till September 18.  Apparently there’s $2000 in prizes up for grabs.

Here’s one of the poems (verbatim):

The Horses of Ancient Times

Smaller than a small wall.

They all live in stalls,

But they grow to be taller than some walls.

They are quite fast,

They will be panting at last.

But not to hard,

After listening to the bard.

And now they are calm

They moved less than my palm.

Because they were sleeping

Because it’s hard to be leaping

But they wake in the morning

But not to be mourning.

But to have fun with their friends,

And this this is where the story ends.

And if that didn’t float your boat, try Little Foal:

Or watch her race all day long,

She must be very tough and strong.

Which the big, tall trees have made,

While my mother is at work,

Which she never tries to shirk.

Or some late nights a firefly.

They make a very funny glow.

Often times they fly quite low.

In the creek I saw a bass,

The water was as clear as glass,

Near it was a pollywog.

It was not quite yet a frog.

A race horse who earns money.

I’m just a little foal yet,

Who has never seen a jet!

Kudos to that young writer for knowing the difference between “lay” and “lie”, btw.

But this entry, in the prose category, is totally my favourite.  Because, All.  The. Drama!!

A Boy And a Horse

Once upon a time, there was a little boy named Jerry.  He had just woken up and was extremely excited because he was going to go see his grandparents from out of town.  Jerry and his mom and dad were taking a train to get there.  Also on that day, there was a horse farmer that lived nearby.  He had 8 colts.  One was just turning 4 and his name was “Flash”.  Flash was being prepared for the big race that was being held later that day.  The colt was very fast and had won two other races before and 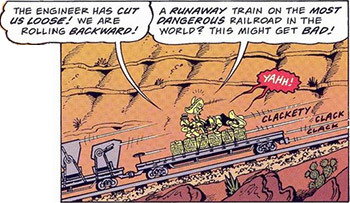 wanted to win this one.  Later on he was just waiting in his starting gate with the other horses, when he saw a train go by.  Jerry was in it and he ran to the caboose of the train to watch the race.  Flash was in third place on the final turn and Jerry was on top of the rail waiting to see what would happen.  All of a sudden the train started moving, sending Jerry flying off the back of the train.  When Flash saw this, he bounced the driver off his sulky, snapping the reins and once free he ran over to get Jerry.  He hopped the fence and started running and flung Jerry up on his back, following the train.  In 5 minutes the train had reached the station and Flash was not far behind.  He ran as fast as he cold and 2 minutes later he was there.  Sensing Jerry was barely conscious, Flash tried to find his parents.  It did not take him long.  Flash saw two people looking panicked.  Mom and Dad saw Jerry and ran over to get their son.  They rushed him to a hospital and the following day Jerry came back out thanking Flash for saving him.  Flash went back to his ranch and even though he didn’t win, he still felt like he did and Jerry went over to the ranch everyday to see Flash from that day on.  Best friends.

And if you aren’t stirred by that, we can’t be friends.