Archive for the tag “health writing” 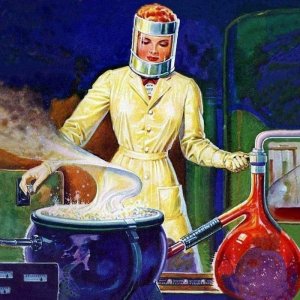 I’m still a professional guest at PWAC (Professional Writers’ Association of Canada) Toronto’s evening seminar series — I approach foxhunting the same way — but fortunately neither organization seems to mind as long as I cough up my outsider’s seminar fee.

Last Wednesday night, the topic was “Getting Started in Health and Science Writing”.  Which is something I’ve been trying to do, in fits and starts, for the past two or three years.  So colour me interested enough to drive an hour south on Hwy 400, park at an overcrowded mall, get on the subway, and haul my little rural hayseed tush downtown to Church and Bloor.

Speakers Carolyn Abraham, Mark Witten, and Stephen Strauss all have credentials up the wazoo, with dailies like the venerable Globe and Mail as well as mainstream mags such as Canadian Living, Today’s Parent, and Toronto Life.  (Full bios here.)  And all three emphasized that they fell into science and/or health writing quite by accident, having no educational background in science past high school.

In fact, they just about implied that it’s to your advantage not to have a science background if you write about it.  I guess this means I’m fucked, given that I have a B.Sc. in biology.  Bugger.

Still, I might persevere, if only because it does sound like there might be some decent mainstream markets for well-written science and health content.  There, I said it … a rare ray of sunshine in the deep, dark doldrums of freelance writing.

One insight I took away from the evening was that I really need to be marketing myself as a “health writer” rather than a “medical writer”.  Having done as much writing on veterinary topics as I have over the years, I figured it would be an easy segue into medical writing…. a mammal is a mammal, right?  But it turns out that “medical writer” is a very specific

critter with its own specific industry.  It usually has either a Ph.D. or an MD, and it exists in a very structured and demanding little niche in the environment, where it is well-paid but probably bored out of its mind.

A “health writer”, on the other hand, is one of those people with no science background, who’s good at explaining the finer points of thrombosis and hip replacement surgery to the masses.  Fuckin’ A.

So.  A few key points from the seminar, for those living vicariously through me (you know who you are):

Carolyn Abraham:  A good science or health story distinguishes itself by five core elements — news (what’s the hook?), scope (how many people are affected?), impact (what does it mean?), context/history (what makes this important?), and edge (where is this gonna lead in the future?).  All of these elements need to be considered when you’re debating whether a story is worth pursuing.

But from the editor’s perspective, she said, it’s also important that the story is fresh and original, and satisfies at least one of these categories:  it’s a breakthrough (the biggest, the oldest, the weirdest), it’s a hazard (Seventeen Ways Air Can Kill You), or it titillates (not just in the obvious way, but also in the way a bizarre but compelling disease does  — think Elephant Man), or it is a how-to (How Raisins Changed My Life).  Stories concerning conflict or moral values (such as the now-mercifully-defunct debate over embryonic stem cells) also fall into the titillation category.

Abraham saw growth areas in the how-to neck of the woods, in particular, and in writing about ageing (naturally, since few of us are headed in the other direction).

“One great thing about science writing is that the topics are enormous and endlessly interesting,” she said.

Mark Witten:  “I think the most important thing about getting into health writing is that you have to love writing about things you know nothing about.  You have to find the research process more stimulating than intimidating.”

Witten also noted that for mainstream markets, one’s storytelling skills are at least as important as getting the facts straight.  Editors, he said, need to be shown how your story is going to be relevant to readers.  So don’t just talk about the heartbreak of psoriasis; get a first-hand account from someone who’s heartbroken.

“The best stories are the ones which combine strong science with a human interest angle,” said Witten.

Health and science writing are about knowledge translation, he added, and the possibilities extend beyond magazines.  “Think about corporate markets and non-profits, too.”

Stephen Strauss:  Referencing Ed Yong’s rather famous blog post about the origins of science writers, Strauss remarked that a large percentage of now-successful science writers “got into it after they had failed at something else”.  (Gosh, another checkmark for me!)

“The great thing about science is that you can write about it for more than a couple of years without getting bored.  It’s the rarest of work experiences:  one where you keep on learning.”  Try that with writing about RRSPs or insurance.

Strauss pointed out that one of the major changes in science journalism, since the advent of the Interwebz, is that all of the cool stories which were once hidden away in academic journals on the desolate top shelves of the third floor of the west wing of some university library (and which made you look like a total genius when you unearthed them as if from some archaeological dig), are now out there in plain sight and easily accessible.  That forces science writers to be that 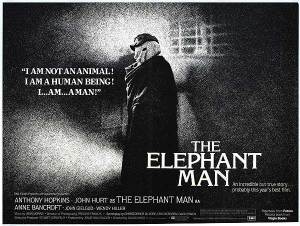 much more original (or at least fast off the mark).  In order to sell a story, you have to come up with an angle no-one else has thought of.

One painless place to experiment with that, and with the style and voice that will eventually have editors falling on their knees and begging you to consider taking $3 a word to grace their pages, is by launching a science blog.  Consider blogging a “loss leader”, sayeth Strauss.  (What?  It’s difficult to monetize a blog, you say?)  His theory:  if you can establish yourself as an authority in a niche area, you can demonstrate to editors that you can master a technical subject or two … and you also tend to produce some of your best writing when you’re scribbling about something you actually care about.

All sage advice, but can you good people stomach another blog from me?  Or might the universe’s intestines just leap up through its neck and prophylactically throttle its brain to keep it all from happening?  (With apologies to Douglas Adams, who phrased it ever so much better.)

Incidentally, if anyone has become frothingly keen on the science blog notion after reading this, the Canadian Science Writers Association (of which Strauss is, coincidentally, president) is launching a mentorship program which hooks up veteran bloggers with newbies looking for guidance and the afore-mentioned voice.  (No details on the website yet, but I’m sure it’s Coming Soon.)

Strauss and Witten both called science and health writing the business of “knowledge translation”.  And one of the best ways to get scientists and researchers — who, on the whole, are uncommonly cooperative interview sources — to express their findings and ideas in a way that a lay audience (not to mention a journalist) can grasp, is to ask for metaphors.  “Some researchers are really flummoxed by having to couch their work in plain language, but you can coax it out of them by paraphrasing the concept back to them and asking if you have it correct,” said Strauss.  (My own frame of reference:  listen to Bob McDonald interview researchers on the CBC radio show, Quirks and Quarks.  He’s the master of paraphrase.)

Take-home message from the evening:  a good fit for me, and a direction worth further exploration because there’s the actual prospect of paying markets out there.  Now I just have to find 30 seconds of down-time in which to ponder the perfect query.  Which might just be the most unrealistic thing I’ve said in this whole post.