On anyone’s list of fantasy occupations, travel writer has to be right up there in the Top Ten.

I mean — jetting around the world, climbing mountains and scuba-diving among coral reefs and eating at five-star restaurants, and re-discovering the odd lost jungle culture, all expenses paid, and then getting paid again for the article you write about your exotic experiences — well, good golly, what’s not to like?

Oh, but here I am again, playing bubble-burster for all you good people.  Much as I heart Andrew Evans and his @WheresAndrew tweets, the truth is very few of us get to play in his sandbox.

I have hankered to get into travel writing for years.  Even though I know the fantasy’s a little rosier than the reality.  With family half-way around the world in South Africa, I was dragged through a number of the world’s airports before I could even walk or register that screaming at the top of your lungs was bad form on a trans-Atlantic flight.  (I’m told they drugged me with whiskey and honey.  Disgraceful.)  Maybe that’s why I seem to be the only person in the world who actually likes the (teetering-on-the-brink-of-cancelled) series, Pan Am.  I still have one of those Pan Am flight-deck pins the flight attendants used to give kids in the hopes of shutting them the hell up.  I have one from Swissair and a few from South African Airways, too, and even a BOAC pin which I suspect is not really worth as much as I’d like to think.

So maybe it’s in my blood to some degree.  It’s certainly a compulsion of mine to sniff out interesting stuff and write it down whenever I’m somewhere new; I’ve never been good at just lying like a lump on the beach, devoid of curiosity about what goes on beyond the gated resort.  Gotta hit the museums, pick up the brochures, learn the history … and more than likely, if I bring home any souvenirs, it’ll be books about the region and its special peculiarities, because my budget never allows me to linger long enough to learn it all.  This usually means my luggage is significantly over-weight on the return flight.  (Ka-ching.)

Severe, crippling poverty has curtailed my globetrekking activities in recent years.  That’s when it all starts to sound so simple:  why, just parlay your scriberly talents into free trips to everywhere!  Write a few hundred words for Islands magazine, and Bob is your proverbial uncle.

Back in the day, maybe.  (When exactly was that?)

Yes, there are lots of places and companies and tourism boards who would like you to publicize their lovely Museum of Bacon And Cured And Brined Pork Products, or World’s Largest Tapir sculpture, or gentrified slums, or Third Annual Furby Festival.  To this end, they organize what are called FAM trips (for familiarization, I believe, though I never really questioned what FAM stood for, come to think of it).

A FAM trip is generally a whirlwind tour of all the local sights and attractions, some legit, some dubious …  crammed into unbelievably long and exhausting, but often really interesting and story-generating, days.

Rule #1 of the FAM trip:  Do NOT, under any circumstances, be late for the bus.

(Rule #2:  politely ask your tour coordinator to mail you all the collected promotional materials you will be handed throughout the trip, or your luggage will absolutely, without a doubt, be over-weight on the way home.)

In order to qualify for a FAM trip, you generally have to demonstrate that you are in fact, a Real Journalist, and not just some wanker looking for a free tour of America’s third-best Christian Fundamentalist theme park, Jesusland (or whatever).  This you do by sending clips of your previously published travel articles, and/or securing assignments with Known Travel Publications before the trip.  The preferred publications, of course, are those with circulations of 100,000 or better — think Conde Nast, Nat Geo Traveler, some of the in-flight mags, that sort of thing.

Well I’d certainly prefer those too, since they pay upwards of $1 a word (there’s that Holy Grail again).  But securing an assignment from the hallowed likes of them isn’t exactly shooting fish in a barrel, especially since it’s notoriously difficult to make a great pitch when you haven’t even seen the place yet, and it might be a colossal dud.

(Not fun calling your editor after the fact and saying, “Um, well, it was all a bit run-down, only three of the 12 apostles showed up, and the owner of the place just got arrested for diddling little boys, so the Pearly Gates are now locked and it doesn’t look like it will be re-opening anytime soon.”)

And besides, they don’t know you from a rabid llama, they don’t care if you can write 2000 words about the neurological form of equine herpes virus and actually make it sound fascinating, and they already have an established stable of Real Travel Writers way ahead of you in the line.

Oh, and they did Jesusland two issues ago.

So you try to get as complete a description as you can, of the exotic delights awaiting you from the tour coordinator, in order to aid your pitches to publications you hope are sufficient to actually qualify you for the trip.  Because it’s all rather embarrassing if you get an editor to take a chance on you, only to have to e-mail back and say, um, sorry, the whole thing’s off, because they gave my spot to some knob from Luxury Travel, but I do have a really spine-tingling story about

the adult bookstores of central Kentucky if you’d like that instead …?

The interesting thing is, even when you have done backflips to prove you are a Real Journalist and have secured multiple assignments for the trip so that the tour coordinator will get his or her mileage out of you … there still always end up being a couple of wankers on the tour who are NOT, in fact, Real Journalists and are just freeloading.  Generally, you can spot them — they’re the ones not taking notes (though they usually take lots of pictures, always featuring them standing in front of the waterfall or herd of wildebeest or commemorative plaque denoting the Battle of Grand Rapids).

They are generally met with considerable hostility by those who are on the trip to work, and it doesn’t faze them in the slightest.

FAM trips are also rather tricky because you tend to find out about them on rather short notice.  Now, I’m a fairly spontaneous type, and less tied down than those with husbands and kids, but I do have these horses in my backyard and it’s not always that easy to locate a reliable critter-sitter 48 hours before you are scheduled to get on a Greyhound.

But the most challenging thing about FAM trips is that, increasingly, they don’t include the cost of transportation.  They are generally happy to provide accommodations (in whatever weird theme hotel or trailer park they are trying to promote — I have stayed in uber-elegant B&Bs, on houseboats, in medieval castles, and also in the world’s most bizarre hotel/taxidermy museum, featuring as an added bonus an

extensive collection of miniature Bibles) and they will bring the minivan around to take you from the Thai/Polish fusion restaurant to your next destination … but getting to the site of all these wonders is frequently on your own dime.

Now, given that the vast majority of travel publications and websites do not pay $1 a word, this is a bit of a stumbling block.  At least for me.

Take newspaper travel sections, for example.  In my limited experience with these, I am given to understand that markets like the Toronto Star and the New York Times pay only a couple of hundred dollars per travel feature.  And worse, many of them refuse to accept any material that is generated as the result of a FAM trip — the thinking being, the writer will be swayed to say biased or dishonest things because he or she was generously hosted, which I guess is somehow akin to blackmail.

So if the travel articles you peruse, increasingly seem to read as if they were penned by a retired doctor or lawyer who spent six months exploring the waterways of Vietnam in a sampan (complete with a captain, a navigator, and two personal chefs), now you know why.  They’re the only people who can afford to crank out travel articles.

The rest of the travel writing world has adopted something of a ‘don’t ask, don’t tell’ policy regarding FAM trips.  Since most of us can’t really justify shelling out $6,000 to seek inner peace in Nepal only to earn $250 writing about it, it’s a necessary evil.  But in my case — lacking, as I am, a spouse who is racking up Air Miles  — if the FAM trip doesn’t include 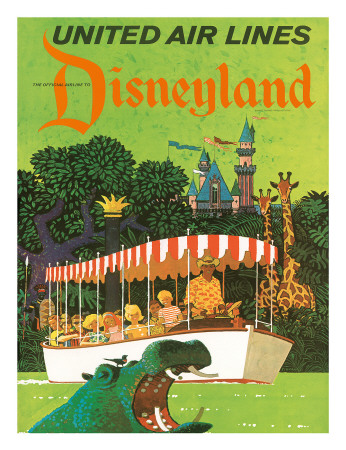 at least a train ticket, if not passage on a cut-rate red-eye flight, then I regretfully have to turn it down.  Not that the FAM trip organizers are exactly beating a path to my door.  The fact that I can’t afford to go on most of these trips means that I don’t have all that many travel clips to show, and so I don’t impress the FAM trip organizers, and so on.  Bit of a vicious circle.

Mercifully, every now and then an organizer does take a chance on me.  In recent years it’s been less Tuscany and more Trenton … or in other words, mostly within the bounds of North America, where the transportation costs tend to be a little less outrageous.  That’s okay; there’s plenty of weird and wonderful stuff to write about here.  In a couple of weeks (if all the plans don’t disintegrate) I’m due to travel a couple of hours beyond Quebec City, courtesy of the Charlevoix Regional Tourism Board, and freeze my little Anglo tush off trying all sorts of winter sports I have either never tried, or already know I am bad at — and it sounds like a lot of fun.

Not least because, for once, it has absolutely nothing to do with horses (which for the purposes of my resume and clip collection, is a good thing — I am continually attempting to prove to editors that I can, in fact, string 1500 words together without mentioning a hooved quadruped).

It’s been something like 20 years, and I’m still trying to break in as a travel writer.  Conde Nast, you really don’t know what you’re missing.

19 thoughts on “The Accidental Travel Writer”